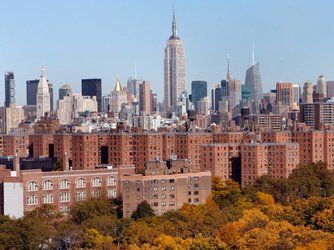 In New York City, the de Blasio administration admitted that as many as 820 kids were poisoned between 2012 and 2016 due to exposure to lead-paint. Councilman Ritchie Torres,  who grew up in public housing, accused de Blasio of perpetrating a massive cover-up. “His administration has systematically misled the public about the full extent of lead poisoning and lead exposure in public housing,” Torres said.

Under terms of the plan announced by de Blasio, the Health Department will test the homes of all kids younger than 18 who test positive for at least 5 micrograms of lead per deciliter of blood, down from the previous de Blasio threshold of 10 mcg.

City officials said Health Department had already started testing for kids younger than 6 in public housing, with plans for expansion throughout the year. Although there are steps being taken from preventing this from harming children in the future, any child who has already been poisoned needs lifetime medical monitoring that now costs about $5,000 a year, according to one expert.

It is important that a child who may have been exposed to lead paint be evaluated by health care professionals who can test for lead in the bloodstream as well as for cognitive and behavioral deficits that may have occurred as a result of the child’s exposure to lead-based paint.

With the burden of permanent damages and injuries, most children will have to battle lead poisoning for the rest of their lives. If your child, or the child of a loved one, has been affected by lead poisoning in New York public housing, you might be entitled to compensation. Please give us a call at (212) 566-7500 or fill out the form below for a free consultation.

Free Lawsuit Review
Were You the Victim of a Serious Injury? You may be entitled to financial compensation. Call 212-566-7500 (24hrs)