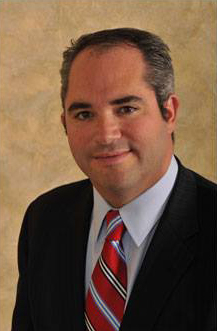 Michael A. London is one of the founding partners of the law firm Douglas & London, P.C., located in downtown New York City. Mr. London obtained his Bachelor of Arts degree from the University of Miami in Coral Gables, Florida, and his Juris Doctor degree from Brooklyn Law School in Brooklyn, New York.  Mr. London is admitted and licensed to practice law in the States of New York and New Jersey, as well as in the United States District Courts for the Eastern District, Southern District, and Western District of New York, as well as the District of New Jersey.

Since obtaining his law degree, he has devoted his entire career to representing consumers and injury victims, primarily in mass tort settings.  His practice area in the law has always focused on and continues to focus on, products liability and complex litigation with an emphasis on pharmaceutical and medical device litigation.

It is important to highlight, that in the eight litigations in which Mr. London served as co-lead or liaison counsel, each was resolved efficiently through settlements.  And in these eight national mass tort or class litigations where Mr. London held these leadership appointments, the resolutions were accomplished in an impressive span of 18 to 47 months from when MDL centralization occurred until an announcement of settlement parameters.   Also, Mr. London served as the primary negotiator for plaintiffs in six of the nine cases above and his efforts have yielded over $4 billion worth of settlements since 2005.[1]

Not only has he held the court-appointed positions identified above but he has also been involved in other complex litigations in various committee roles, including serving on discovery committees, expert committees, law and briefing committees, and class action committees. Mr. London has represented hundreds of women exposed in utero to the drug Diethylstibestrol (“DES”) in litigation formerly pending before the Honorable Jack B. Weinstein.  He also represented and continues to represent people and families who were victims of other toxic and mass torts for which formal Plaintiffs’ Steering Committees were not established, including representing hundreds of individuals who were injured as a result of the September 11, 2001 bombings of the World Trade Center in the World Trade Center Disaster Site Litigation, representing individuals who suffered from glenohumeral chondrolysis in In re: Ambulatory Pain Pump-Chondrolysis Products Liability Litigation where he firm colleague Rebecca Newman secured some of the earliest and largest settlements in the country, representing children and families who were victims of the Chorionic Villi Sampling (‘CVS’) device/procedure, and others.

Mr. London is an active member in the following legal associations: Board of Directors and Executive Committee Member of New York State Trial Lawyers Association (NYSTLA); Board of Governors and Sustaining Member American Association of Justice (AAJ); Member of Public Justice (America’s Public Interest law firm); and Member the Tobacco Trial Lawyers Association (TTLA).  He serves on the President’s Advisory Council at Brooklyn Law School.  He has been asked and invited to lecture to attorneys on many types of cases that he has handled, as well as on specific topics such as preemption, virtually all aspects of mass tort litigations and specific mass tort cases, medical malpractice and jury selection in various types of cases.  He has appeared on CNN, MSNBC, NBC, ABC, in the New York Times, in New York Magazine, Forbes, as well as in many other local New York and regional papers and other publications across the country.  Additionally, he has written numerous articles for publication in legal journals on such topics of vaccine use, the Learned Intermediary Doctrine, jury selection in products liability cases, mercury exposure, youth smoking, and light cigarettes litigation, generally and has been asked to lecture and speak over 50 times throughout the country on various aspect of mass torts and complex litigation. In addition, Mr. London is the attorney in charge of Douglas & London’s New Jersey Practice. Further, Mr. London also serves as the firm’s general counsel.