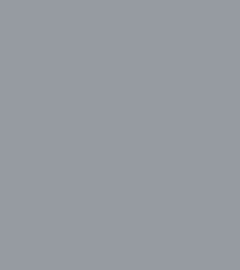 Ms. Lara J. Say received her Juris Doctor from Brooklyn Law School where she was a member of the Journal of Law and Policy. Prior to law school, she attended the University of North Carolina – Chapel Hill where she graduated with an honors degree in English and a minor in Chemistry.

Ms. Say began working for the firm when she moved from North Carolina to New York City and she quickly became a valued asset to the firm through her work in mass torts. She first focused her legal skills on the Yasmin and YAZ (Drospirenone) Marketing, Sales Practices and Products Liability Litigation (MDL 2100) litigation, where she spent countless hours representing young women who suffered blood clots, pulmonary emboli, strokes, and gallbladder disease as a result of their exposure to oral contraceptive pills manufactured by Bayer Healthcare Pharmaceuticals, Inc. Ms. Say was an integral part of the Yaz/Yasmin/Ocella team where she aided partners Gary J. Douglas and Stephanie O’Connor, as well as other plaintiff firms throughout the country, in overseeing the management of the key evidence found within the 90 million pages of documents produced by Bayer and in assisting in over 25 depositions, conducted both in the United States and overseas. She also coordinated and oversaw a majority of the expert witness process, including the service of expert reports and administration of plaintiff and defendant expert depositions, and played a crucial role in preparing the first group of bellwether cases for trial.

Ms. Say then applied her knowledge gained in the Yaz/Yasmin/Ocella litigation to the Pradaxa (Dabigatran Etexilate) Products Liability Litigation (MDL 2385) litigation representing individuals who suffered severe bleeding events as a result of taking the anticoagulant Pradaxa, manufactured by Boehringer Ingelheim. She again worked closely with Mr. Douglas in his role as Co-Chair of the Science Committee and lead counsel for the first bellwether trial, as well as serving on the Bellwether Selection Committee, and focused on the discovery process, namely, the development of science and regulatory themes from over 70 million pages produced by Boehringer Ingelheim and assisted in multiple key depositions of corporate witnesses in the U.S. and abroad. She also played an integral role in the development of generic scientific and regulatory expert reports based on the information obtained in the discovery process, as well as case-specific reports, and party depositions, for the first bellwether trial.

Ms. Say also utilized her experience working with experts in the E.I. du Pont de Nemours and Company C-8 Personal Injury Litigation (MDL 2433) concerning the perfluorinated alkyl substance (“PFA”) perfluorooctanoic acid (also known as “PFOA” and/or “C8”). She played a key role in the retention and development of multiple case-specific expert witnesses for plaintiffs in the first slate of bellwether cases, as well as preparing for and assisting in the depositions of key expert witnesses, both generic and case-specific, for DuPont. In addition to managing the individual cases of thousands of clients, she was also integral in preparing Mr. Douglas as co-lead counsel for the first bellwether trial.

For the past four years, Ms. Say has dedicated her time to the Xarelto Products Liability Litigation (MDL 2592), representing individuals who suffered severe bleeding events as a result of taking the anticoagulant Xarelto, manufactured and sold by Bayer and Janssen Research & Development, LLC. She was chosen as Co-Chair of Clinical Trials Sub-Committee and Science Committee Liaison, served as a member of the Bellwether Committee, and again supported Mr. Douglas in his role as Co-Chair of the Science Committee. In those roles, she guided the discovery process in preparation for corporate witness depositions, assisted Mr. Douglas and other lead counsel in those depositions, and retained, cultivated, and worked with a large panel of scientific and regulatory experts on composing and serving generic and case-specific expert reports for multiple rounds of bellwether cases. Ms. Say also ultimately served as an integral member of the team in four of the six bellwether trials in both federal and state court, with a focus on developing and executing expert witness testimony as well as the overarching scientific and regulatory themes and structure of plaintiffs’ case.