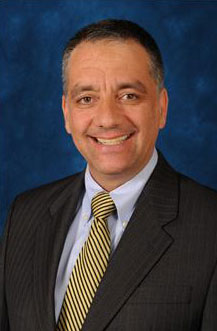 In April 2015, Randolph Janis became a Partner of the firm.

During a law school internship with the Honorable Jerome C. Gorski, New York State Supreme Court Judge, County of Erie, Mr. Janis was exposed to a medical malpractice trial which directed him to his professional niche. Thereafter, and while still studying as a full-time law student, Mr. Janis worked as a law clerk for a five attorney Buffalo firm specializing in medical malpractice.

Since his admission to the New York State Bar in 2000, Mr. Janis has devoted his legal career virtually exclusively to representing clients injured by acts of gross medical malpractice. Some of the cases he has handled include cases of catastrophic birth injuries, severe and disabling brain injuries, Erb’s palsy, delayed diagnosis of cancer, spinal cord injuries, surgical errors and improper prescriptions.

In 2019 Randolph and his then 11-year-old son created A Little Kit of Kindness an IRS 501(c)(3) charity under the sponsorship of Social Good Fund.

A Little Kit of Kindness distributes quality Care Kits to homeless shelters and soup kitchens in New York City. The organization was selected by Bombas socks as a Bombas Giving Partner thereby allowing A Little Kit of Kindness to distribute thousands of pairs of socks annually to the homeless community in New York City; in addition to other quality goods placed within the Care Kits.

For nearly a decade Randolph was on the Board of Directors of one of Queen’s largest residential coops.

Click for a FREE Consultation with a New York Medical Malpractice Lawyer today!