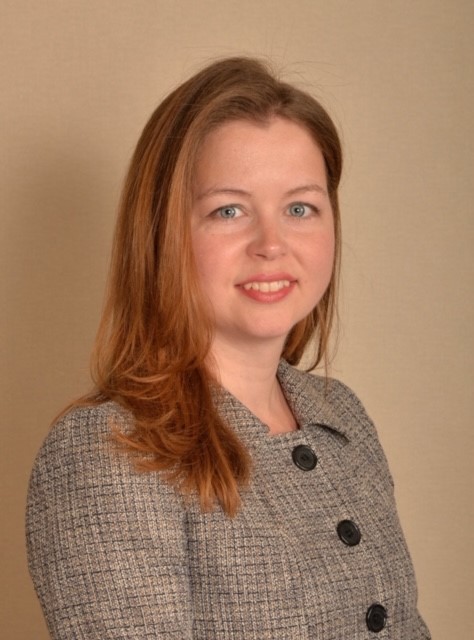 New York Injury attorney Virginia E. Anello was born and raised in Covington, Louisiana.  She attended Louisiana State University on an honors scholarship.  Ms. Anello graduated from LSU magna cum laude and received a Bachelor of Science in Economics with a minor in Italian.  She went on to attend the Paul M. Hebert Law Center at LSU where she received her Juris Doctor Degree and her Bachelor of Civil Law Degree, graduating in the top 30% of her class.  Ms. Anello is admitted to practice law in the States of New York, Massachusetts, and Louisiana.  She is also admitted to practice law in the Eastern and Southern Districts of New York, the Eastern District of Louisiana, the U.S. Court of Federal Claims in Washington, D.C. and the U.S. Court of Appeals for the Federal Circuit.

Since obtaining her law degree, Ms. Anello has devoted her entire career to always representing injury victims and consumers, primarily in mass tort and class actions.  Her practice areas in the law have always focused on, and continue to focus on, products liability litigation and complex litigation, with an emphasis on consumer fraud and mass tort litigation.  Consistent with the firm’s philosophy, she is dedicated to ensuring that an underdog can be heard.

Regarding Elmiron, Ms. Anello was appointed in January 2021 by U.S. District Court Judge Brian Martinotti as co-lead counsel in the action styled as In Re: Elmiron (Pentosan Polysulfate Sodium Products Liability Litigation (MDL 2973), pending in the District Court of New Jersey.  This consolidated action involves hundreds of individual plaintiffs claiming severe eye injuries as a result of ingesting Elmiron to treat interstitial cystitis.  In her role as co-lead counsel, Ms. Anello is involved in all aspects of pre-trial discovery and management, retention of experts and motion practice, as well as oversight of a Plaintiff Steering Committee of 24 other lawyers.

With respect to Belviq, a weight loss drug, Ms. Anello is actively pursuing individual lawsuits across the country on behalf of individuals who have suffered cancer as a result of their ingestion of the drug.

Before commencing her work with Elmiron and Belviq, Ms. Anello was actively involved in multidistrict litigation involving the diabetic drug Invokana pending in the District Court of New Jersey, where she served on the science, law and briefing and discovery committees.   In July 2017, Ms. Anello was just one of two lawyers asked to present at Science Day before Judge Martinotti, defense counsel, and other plaintiffs’ counsel from across the country about the then-current state of medical and scientific knowledge regarding Invokana, including how it works and how it causes the injuries alleged (diabetic ketoacidosis, acute kidney injury and amputations).  This litigation ultimately resolved through individual confidential settlements.

In addition to her work identified above, Ms. Anello is actively involved in the firm’s vaccine litigation department, which she currently manages.   Since 2007, she has represented children and adults who have been injured by vaccinations and has handled numerous cases in the National Vaccine Injury Compensation Program. Many of these cases have settled or been successfully adjudicated on the merits within the Vaccine Program.

In 2018, Ms. Anello began litigating cases specific to a Shingles vaccine, Zostavax, which is not covered by the Vaccine Program.  Because of the multitude of cases that have been filed relating to this particular vaccine, a multidistrict litigation was created in the District Court of Pennsylvania before the Honorable Judge Harvey Bartle, and, in September 2018, Ms. Anello was formally appointed by Judge Bartle as a member of the Plaintiff Executive Committee charged with the responsibility of overseeing and assisting with the national ligation.   Ms. Anello represents hundreds of injured individuals in this endeavor.

In addition, Ms. Anello works alongside firm partner, Michael A. London, in representing women who have been diagnosed with cancer as a result of their in utero exposure to the drug Diethylstilbestrol (‘DES’).

While proud to represent individuals from across the country in the products liability arena, Ms. Anello is equally as proud to focus her legal efforts towards the New York City area. She is actively involved in representing individuals who have been injured as a result of their exposure to toxins at the World Trade Center site following September 11, 2001.  She originally represented these victims in the World Trade Center Disaster Site Litigation pending before the Honorable Judge Alvin Hellerstein of the United States District Court for the Southern District of New York and she oversaw the firm’s settlement of that matter.  Since Congress reopened the September 11, 2001 Victims’ Compensation Fund in 2010 and continued it in 2015, Ms. Anello has been directing her efforts at ensuring that these injured individuals, as well as those injured as a result of their working, living and going to school in the Lower Manhattan area, are compensated under the Act.

Additionally, in her role in the Firm’s class action litigation department, Ms. Anello represents New York residents who lost power due to the grossly negligent conduct of the Long Island Power Authority and its managing contractor, National Grid, prior to and following Superstorm Sandy.  A proposed class action is currently pending in Nassau County Supreme Court.

As a class action attorney, Ms. Anello represents consumers and union health funds and other insurers who have been deceived and misled by product manufacturers. She is particularly involved in all of the firm’s class action work, including the firm’s class action against Bayer in which it was alleged that Bayer falsely represented to consumers that its over-the-counter combination aspirin drugs, Bayer Women’s Low Dose Aspirin + Calcium and Bayer with Heart Advantage delivered certain health benefits, which they, in fact, did not.  Thanks to her hard work and dedication, as well as that of the firm, the Bayer combination aspirin class action settled for $15 million.   Ms. Anello and Douglas & London are always investigating new class actions.

Ms. Anello is an active member of the New York State Trial Lawyers Association (NYSTLA) and American Association of Justice (AAJ). Since 2014, Super Lawyers has selected Ms. Anello as a Rising Star in New York, and, in 2018, she was selected by Peer Recognition as one of Best Lawyers in New York City as published in the Wall Street Journal, and this status continues today.   Most recently, in 2021, Ms. Anello was selected as one of the Top Women Attorneys in New York.

Ms. Anello attributes her success to her parents, who raised her with a strong work ethic, did whatever they could to promote her thirst for knowledge, and instilled in her a sense of integrity to stand up for and protect those who cannot protect themselves.