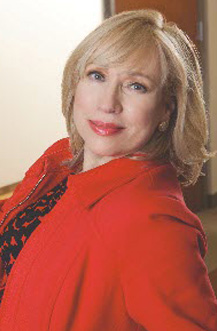 Stephanie O’Connor, is a former Registered Nurse and trial attorney admitted to practice law in New York and New Jersey. For nearly 30 years, Ms. O’Connor has incorporated her dual knowledge of medicine and law in representing thousands of individuals claiming injuries from defective pharmaceutical drugs and medical devices.

Most recently, Ms. O’Connor was appointed by U.S. District Court Judge Claire Cecchi as co-lead counsel in the action styled as In Re: Proton-Pump Inhibitor Products Liability Litigation (MDL 2789), pending in the District Court of New Jersey.  This consolidated action involves thousands of individual plaintiffs claiming severe kidney injuries as a result of ingesting proton pump inhibitor (“PPI”) drugs to treat gastric ailments. Drugs such as Prevacid, Prilosec, Nexium, Dexilant and Protonix have all been implicated in the development of chronic kidney disease and downstream effects of end stage renal disease, necessitating renal dialysis and/or kidney transplant. In her role as co-lead and Executive Committee member, Ms. O’Connor is involved in all aspects of pre-trial discovery, retention of experts and she is expected to serve on the trial team for the first case scheduled to be tried in 2020.

Ms. O’Connor’s previous experience in mass tort litigation is vast. From 2012 through 2014, she served on the Executive Committee of In Re: Actos (Pioglitazone) Product Liability Ligation (MDL-2299), pending in the United States District Court for the Western District of Louisiana. There, U.S. District Court Judge Rebecca F. Doherty appointed Ms. O’Connor as the “Science Coordinator” responsible for overseeing and managing experts on behalf of plaintiffs in the MDL. Ms. O’Connor participated in the first and only MDL trial (Allen v. Takeda Pharmaceuticals, Inc.), in which the jury awarded $9 Billion punitive damages against the drug manufacturer.

Immediately thereafter, from 2014 through 2018, Ms. O’Connor served as one of three Science co-chairs developing the scientific theories of liability and causation and generally overseeing the Testosterone supplementation litigation pending in U.S. District Court in Chicago. In that action styled as In re: Testosterone Replacement Therapy Products Liability Litigation (MDL-2545), Ms. O’Connor actively participated in four separate Bellwether trials that were held prior to the global settlement of this mass tort action. In each case the plaintiffs claimed that they had suffered blood clots (heart attack, stroke or venous thrombosis) as a result of Testosterone supplementation. In one of those cases, (Mitchell vs. AbbVie, Inc.) the jury awarded $150,000,000 in punitive damages against the manufacturer of Androgel. Ms. O’Connor presented the plaintiff for testimony at this trial.

Ms. O’Connor’s other executive appointments include her membership in the Plaintiffs’ Steering Committee (PSC), in the action entitled In re: Power Morcellator Products Liability Litigation (MDL-2652). This case that settled within a year of the MDL’s creation, involved women claiming development of uterine cancer due to morcellation surgery. The appointment of Ms. O’Connor to this historic PSC comprised of a majority of female attorneys is one of the most rewarding of her career.

From 2010 through 2018, Ms. O’Connor was a member of the science and trial team of the In Re: Yasmin and Yaz (Drospirenone) Marketing Sales Practices and Product Liability Multidistrict Litigation (MDL No. 2100), pending in the U.S. District Court for the Southern District of Illinois. Ms. O’Connor was instrumental in retaining eminently qualified experts in the relevant disciplines, overseeing the service of expert reports, in addition to successfully defending the experts who were subjected to Daubert challenges. She, along with her partner, Gary Douglas, and other members of the Plaintiffs Steering Committee, were slated to try the first bellwether case before former Chief Judge David Herndon before the MDL settled.