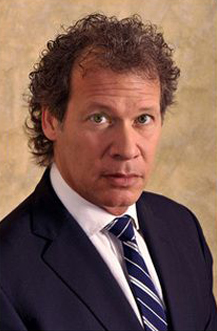 Gary J. Douglas is a nationally renowned trial attorney from New York, NY, and member of the Trial Lawyers Hall of Fame, recognized around the nation as a trailblazer in the field of Products Liability and Environmental Toxic Torts.  He has served as lead trial counsel in mass tort litigation resulting in settlements and verdicts totaling over $3 Billion. He has scored dozens of million and multi-million dollar verdicts in individual cases as well, including many landmark verdicts such as the first victory in the nation against the automobile industry for a defective airbag that killed a six-year-old boy. He followed that with the first victory in the history of the State of New York against the Tobacco Industry, securing a verdict of $20 Million for the death of a 58-year-old smoker.

Most recently Mr.  Douglas served as co-lead trial counsel for the first three PFAS/C8 cases ever tried to verdict winning multi million dollar verdicts in all three, culminating in a $670,000,000 global settlement with DuPont. He is the current co-chair of the AFFF MDL Science Committee and headed up the science day presentation on behalf of the MDL plaintiffs before Judge Gergel in Federal District Court in Charleston, South Carolina.

Known for a wealth of courtroom experience and skills, Mr. Douglas is frequently asked to serve as co-counsel in complex trial cases and has been appointed to serve in key positions in federal multi-district litigations, including recently his appointments as co-chair of the science committee in the Federal court litigations for the drugs Yaz/Yasmin/Ocella, Pradaxa, and Xarelto where he coordinated, managed and developed scientific and medical evidence to support theories of liability and causation. Because of his skills in developing the science and key liability in complex pharmaceutical and environmental toxic tort litigations, he has been asked to serve as co-lead counsel in many of these trials. He has served as co-lead or lead trial counsel in the following cases: Fosamax, Ortho Evra, Yaz, Pradaxa, and C-8/PFAS. Notably, and because of his significant contribution, the Yaz and Pradaxa litigations have already settled for over $2 billion and $650 million respectively; he secured the first and largest Fosamax jury verdict for the plaintiff.

Mr. Douglas achieved unique notoriety in 2010 within the pharmaceutical litigation industry when in the span of just a few weeks he obtained back-to-back $8 million dollar verdicts against two separate pharmaceutical industry giants in totally separate cases. In the first, a jury returned a verdict of $8.5 million dollars in a wrongful death case against Ethicon Endo Surgery, Inc., a subsidiary of Johnson & Johnson, after finding that its stomach stapler was defective and the caused death of a 36-year man.  A few weeks later, a Federal Court jury returned a verdict of $8 million dollars in a products liability case against Merck & Co. to a woman for injuries she sustained to her jaw as a result of its osteoporosis drug Fosamax. Notably, this was the first successful Fosamax trial in the country.

Mr. Douglas has been quoted in the news for his outstanding verdicts and has appeared on local and national television including ABC’s Good Morning America, NBC News, CBS News, Fox News and others. Mr. Douglas is also the recipient of the prestigious Clarence Darrow Award in recognition of his skills as a trial attorney, his philanthropic record, professionalism and dedication to the pursuit of Justice.

Born in Brooklyn, New York Mr. Douglas is admitted and licensed to practice law in the States of New York and Pennsylvania and is admitted to practice in both the United States District Courts for the Southern and Eastern Districts of New York, as well as having pro hac vice status in dozens of State and Federal Courts around the country.

Mr. Douglas obtained a Bachelor of Arts Degree from the State University at Albany and obtained his Juris Doctor Degree from The Jacob Fuchsberg Law Center of Touro College in New York. He is an active member in numerous legal associations, including New York State Trial Lawyers (NYSTLA) and the America Association of Justice (f/k/a the Association of Trial Lawyers of America). Mr. Douglas is a former partner and senior trial attorney at Finz & Finz where he represented injured plaintiffs. Mr. Douglas began his legal career and honed his trial skills at the nationally acclaimed Wall Street defense firm of Leahey & Johnson.

In 2018, Mr. Douglas was inducted to the National Trial Lawyers Hall of Fame in recognition of his distinguished career dedicated to representing the rights of the injured. Mr. Douglas continues to focus on fighting for the rights of those persons injured by defective products, medical malpractice, and general negligence. He is a court-room fighter who is always ready to take on the giant corporation and give voice to the little people.