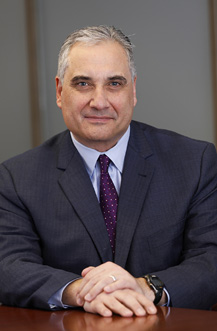 A native New Yorker, medical malpractice lawyer Michael D. Sharp attended Union College, where he received a Bachelors of Arts in English, and Albany Law School, where he was awarded the Louis J. Powell medal for excellence in advocacy.  He is admitted to practice law before all courts in New York State as well as in the United States District Courts for the Southern and Eastern Districts of New York.

Mr. Sharp is the principal member of the Law Office of Michael D. Sharp, where he focuses on cases in the area of medical malpractice, product liability, and negligence.   He is dedicated to representing those who are injured and are in need of an advocate.

As ‘Of Counsel’ to Douglas & London, P.C., Mr. Sharp provides his guidance and legal skill in the areas of complex products liability litigation, medical malpractice and construction job site injuries.  He aided the firm in representing individuals suffering from as a result of defective shoulder pain pumps in jurisdictions across the country.   He also actively represented women who had been severely injured as a result of the Ortho Evra birth control patch and the oral contraceptives Yaz/Yasmin/Ocella.

Mr. Sharp further consults with the negligence and medical malpractice team at Douglas & London, P.C., where he bestows his knowledge and expertise in developing theories of causation, liability and damages.   As a result of his experience, hard work and dedication, numerous cases have gone to trial and been resolved successfully, either by verdict or settlement.